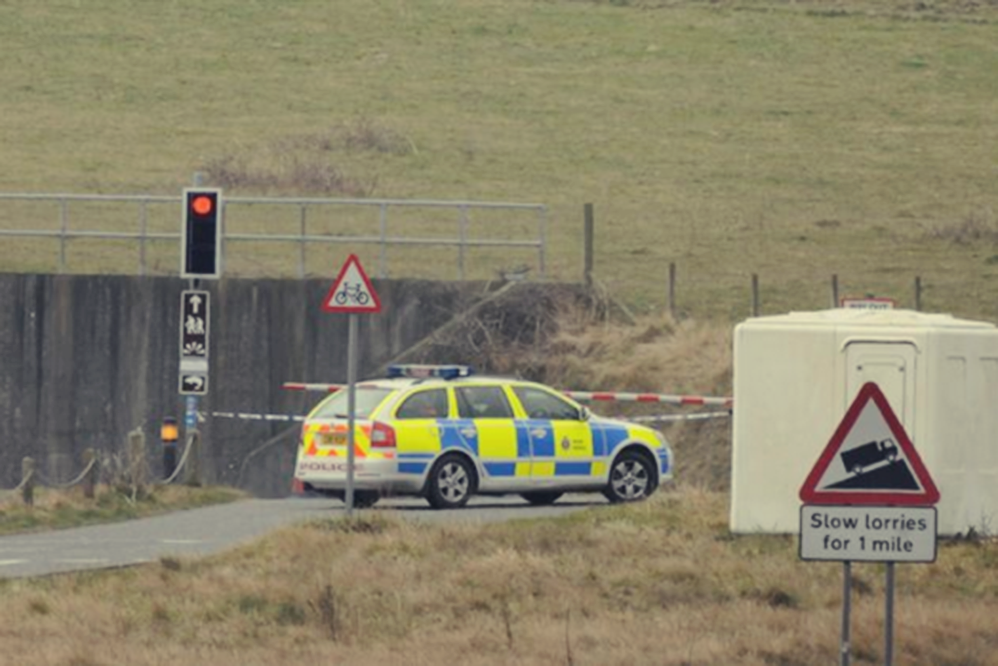 CAN is currently installing catch fences at the toe of the cliffs adjacent to the railway line.

During works on site at Samphire Hoe, one of the CAN team noticed a lump of metal sticking out of the ground and was curious to see what it was.  To his surprise, as he pushed the earth to one side, the shape of the object revealed itself to be that of an old artillery shell!!!!  Costain (whom we are working for) were informed who then informed British Transport Police.  The site was cleared, the line closed and investigations took place.  Much to the relief of everyone, the bomb disposal squad were not needed.  It was found to have been disarmed previously but just hadn’t been removed from site.  Calls were made and the line was reopened just over an hour after the discovery had been made.