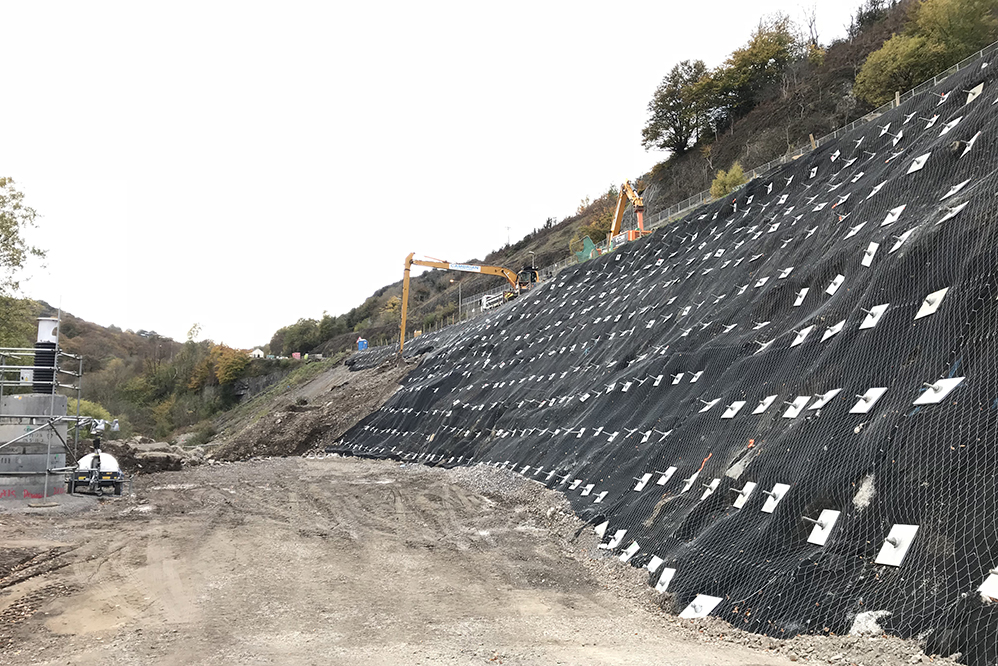 The A465, or Heads of the Valleys road, is one of The Welsh Government’s key strategic corridors and an international gateway for the South Wales economy.

The existing A465, a single three lane carriageway, was built in the 1960’s with two lanes in the uphill direction.  The dualling project will significantly improve its safety, shorten journey times, generally improve transport links and therefore benefit the local economy.

Since September 2015, CAN has been working as a subcontractor for Costain on the Heads of the Valleys A465 widening scheme.  The HOTV contract, now into its fourth year, is CAN’s largest project to date.

Throughout the job CAN has been able to adapt and provide viable solutions to the continuing challenges encountered on the project. The works are still ongoing and are expected to continue well into 2019.

As of January 2019 CAN has carried work out on the following installing:

‘Highways: Nailing it in Wales’

‘Heads of the Valley Road – CAN Geotechnical nailed it’