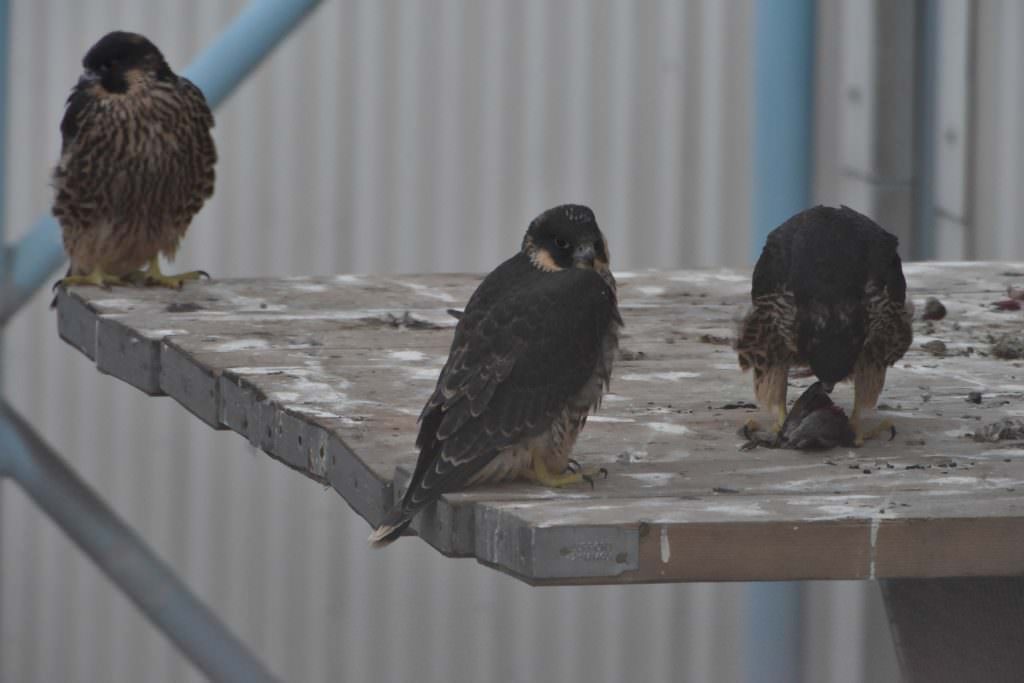 CAN; Engineering Certainty for Mother Nature

It seems there were lots of pereGRINeS in the company when we heard this news!

Back in February, CAN installed a nest box on the side of a building in hope that the roaming Peregrine Falcons might nest at the site.

Because Peregrine Falcons are a Schedule 1 listed species of the Wildlife and Countryside Act, we wanted to do anything we could in order to help these beautiful birds.

The bird box is roughly the size of a small wardrobe and was assembled at height by hauling the sections from ground level.

It seems that since the installation of the larger box, the population has increased from one (in previous years) to three successfully reared chicks on the site, so they must like it!